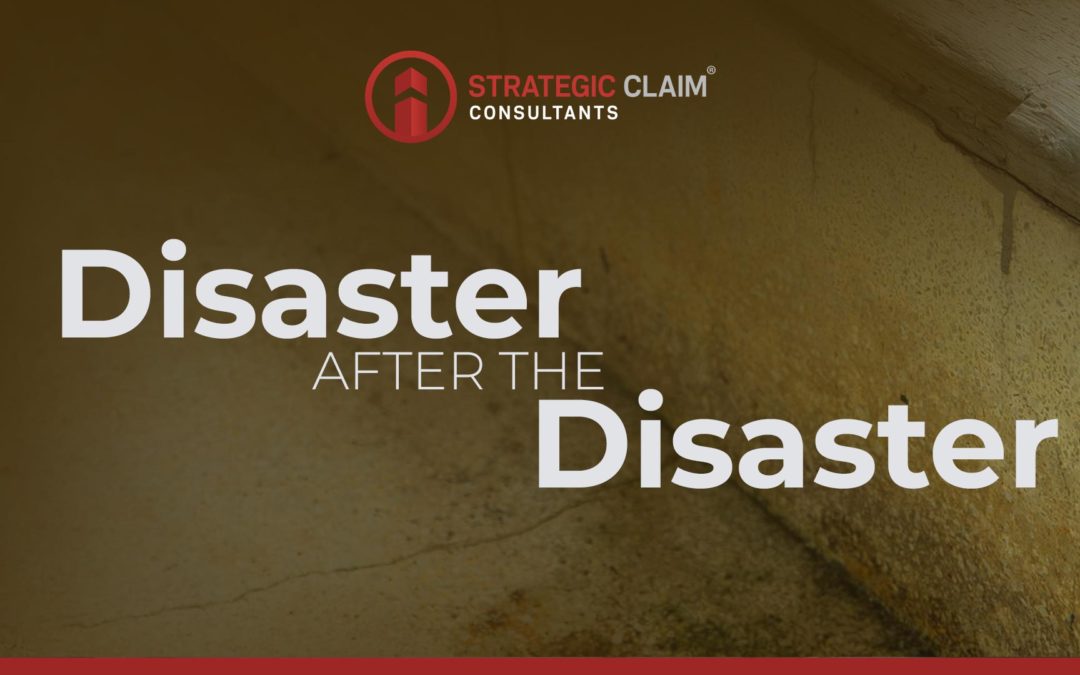 After several years of increases in extreme weather and natural disasters, policyholders face widespread delays and underpayments on their claims. Insurance companies are facing record-breaking losses from back-to-back hurricane seasons by increasing premiums and deductibles. Bringing in a public adjuster that understands the ins and outs of the industry can help maximize your settlement payout.

From the New York Times:

As the impact of extreme weather intensifies, getting reimbursed by insurers becomes increasingly challenging.

RACELAND, La.— Almost six months after Hurricane Ida lifted the roof off Brett Gabriel’s house, filling it with rain water, rebuilding feels nearly as out of reach as it did the day of the storm.

Between gutting the mold-covered walls and replacing the waterlogged floors in his home about 45 miles southwest of New Orleans, it will cost more than $150,000 to make the house livable for Mr. Gabriel and his wife, according to an adjuster he hired. But after his insurance company sent its own adjuster to inspect the damage, the company offered just $21,000 — enough to replace the roof, with $6,000 left over.

The insurance policy “was supposed to be a safety net;’ said Mr. Gabriel, who slept in the house for months after the storm, even as he developed a cough and headaches that he blamed on the black mold climbing up the walls. Although the state in January provided them with a travel trailer, they said it’s barely large enough for them to sleep comfortably, and they still spend their days in their damaged home.

At the small church a few minutes away where Mr. Gabriel is a pastor, almost everyone in the congregation with homeowners insurance had the same experience, he said.

“We could finish each other’s story” he said.

He tries to encourage patience, but his own is wearing thin.

As storms, floods and fires batter homes across the country with heightened intensity, homeowners are increasingly confronting the disaster after the disaster: the fight with insurance companies lasting months or even years for the funds to rebuild.

There is little definitive data on whether an increase in extreme weather and natural disasters is leading insurers to find more ways to say no.

But residents, legislators and advocates say that the delays and underpayments are becoming more widespread, with insurance companies often sending in inexperienced adjusters and company-appointed engineering firms whose damage estimates are far below the costs needed to make repairs — especially as labor and supply costs have surged.

Mike Fesi, a Republican state senator representing the Louisiana district hardest hit by Ida, estimates that roughly half of his insured constituents have experienced delays or underpayment.

“I don’t know what the deal is — whether they do that on purpose;’ said Mr. Fesi, who himself experienced delays with his insurance claim. “I wouldn’t want to think that that’s the case.”

But as insurance companies face near record-breaking losses from back-to-back hurricane seasons as well as disasters like wildfires in the West, some see more than random issues.

“What we see there, I see all over the country,” said Doug Quinn, executive director of the American Policyholder Association, a watchdog organization that he said receives regular complaints from both policyholders and industry employees.

The organization recently filed a complaint with the Florida Attorney General’s Office on behalf of two homeowners in Florida whose homes were damaged by Hurricane Irma in 2017, alleging denial and underpayment by the United Property & Casualty Insurance Company. The policyholder association said the complaint may represent the experience of thousands of storm victims. The company, which said it had not yet been served with the complaint, declined to comment.

Insurance industry representatives said that companies have paid out enormous sums after disasters in recent years: Insurers are projected to issue over $20 billion in property loss claims to Louisiana residents affected by hurricanes in 2020 and 2021. With so many payments and such extensive damage, delays are to be expected, said Mark Friedlander, a communications officer with the Insurance Information Institute.

“When there is a catastrophic loss of this magnitude, you’re going to have homeowners that certainly are not happy with the way their claims are being resolved,” he said.

The vast majority of claims are being handled expeditiously, Mr. Friedlander said, citing industry data showing that 83 percent of Hurricane Ida claims had been “closed” by the end of the year.

But that data paints an incomplete picture, according to Jim Donelon, Louisiana’s insurance commissioner, whose office collected and released the data.

“That’s the company’s opinion, that’s not necessarily the policyholder’s opinion,” he said of the term “closed:’

Across south Louisiana, the delays have not only drawn out the rebuilding process — with many storm victims still living in hotels or in trailers in their yards — but have led some people to leave for good.

“That’s what they’re hoping: that you just throw your hands up,” said Lynn Lewis, who has finally begun to rebuild her home in LaPlace, a suburb of New Orleans, after receiving disappointing damage estimates from a string of different insurance adjusters. “A lot of people have just walked away from these homes. It’s going to be a ghost town,” she said.

Kerry Andersen of Lake Charles said she was offered a fraction of what she needed to rebuild from Hurricane Laura in 2020 after nearly a dozen adjusters and engineers hired by her insurance company reviewed the damages. In January, she finally decided to sell her home at a major loss.

“It’s a loss on another whole level because you lose your community as well,” said Ms. Andersen, who has been bouncing between rental apartments in Baton Rouge and New Orleans since the storm.

Mr. Friedlander said most of the issues are with smaller, regional insurers, which he said “do not have the same bandwidth as a major national or super-regional insurer to effectively handle a disaster like Ida.” Three smaller regional carriers have become insolvent in recent months, entering into state receivership.

But advocates said they hear about the same issues from policyholders with companies large and small. More than 450 complaints were made by victims of Hurricane Ida to the Louisiana Department of Insurance against State Farm, the state’s largest insurer.

Roszell Gadson, a spokesman for State Farm, said that the majority of claims for recent storms in Louisiana had been resolved. “We are committed to handling each claim with care and concern, while also honoring the coverage outlined in the insurance policy,” he wrote in an email. For hurricanes in 2020 and 2021, “State Farm has paid over $2.5 billion dollars on over 140,000 claims received from our Louisiana customers;’ he added.

Complaints made against insurers represent likely just a fraction of the number of people experiencing issues, according to Mr. Donelon.

Most others — who are unaware of public adjusters, or don’t have the time or resources to fight their insurer — just accept their carrier’s offer.

“It’s sort of a war of attrition;’ said Mr. Patestos, who said he left his job as an administrator for an adjustment firm hired by insurance companies after Hurricane Laura in August 2020 because he disagreed with the way he and his colleagues were asked to handle cases.

Advocates and experts said that underpayments and delayed payments, while not new, have become more common after Hurricanes Katrina, Ike and Rita caused a slew of damage on the Gulf Coast in 2005 and 2008.

“It became much more sophisticated and much more orchestrated and much more standardized,” said Jeff Raizner, an attorney who has been handling insurance claim litigation for 30 years in Texas and Louisiana. “They’ve been very creative in reacting to increased environmental risk to minimize their own risk.”

Paul Newsome, managing director and senior research analyst at Piper Sandler, an investment bank, said companies are struggling to keep up with the cascading damages.

“Most insurers I don’t think are trying to actually cheat customers,” Mr. Newsome said. “But they’re not trying to be generous either.” “The underlying business is so unprofitable,” he added, that “they simply can’t afford to be more generous than they’re obligated to.”

And, he said, some policyholders realize only once a disaster hits that the policy they purchased is insufficient. “Who reads the contract right? Nobody does until their loss happens.”

At the same time, many customers are finding adequate coverage hard to afford as insurers facing dwindling profits have raised premiums and deductibles.

The experiences of homeowners after Hurricanes Laura, Delta and Zeta hit southwest Louisiana in 2020 prompted legislators to propose a series of bills in 2021 aimed at keeping insurers’ behavior in check.

But the insurance industry, a powerful presence at the Legislature, fought many of the proposals, and few of those bills passed intact. A proposed penalty of $10,000 for failure to make a payment within 30 days of receiving a field adjuster’s report was whittled down to $2,500.

But now, with the same struggles playing out identically in more populated and politically powerful southeast Louisiana, supporters of the legislation hope that they may have more success in the upcoming legislative session. At a committee hearing on insurance in December, lawmakers from both parties expressed mounting frustration and called for reforms.

Although Mr. Donelon, the state insurance commissioner, said Louisiana can be more aggressive in regulating the industry, he also said the state should be cautious to avoid driving insurers out of the market entirely.

“We are charged – every state is charged – with making insurance affordable and available,” said Mr. Donelon, a republican. “And we can kill the goose that lays the golden eggs in the process of overregulating.”

But others say that the concern about pushing insurers out is misplaced.

“What they’ve put people through – they shouldn’t have their policy if the can’t make them whole in a timely fashion,” said Dustin Granger, who made an unsuccessful run for a State Senate seat in southwest Louisiana last year with insurance reform as one of his main campaign issues. “If you can’t do business right, it’s not really insurance.”