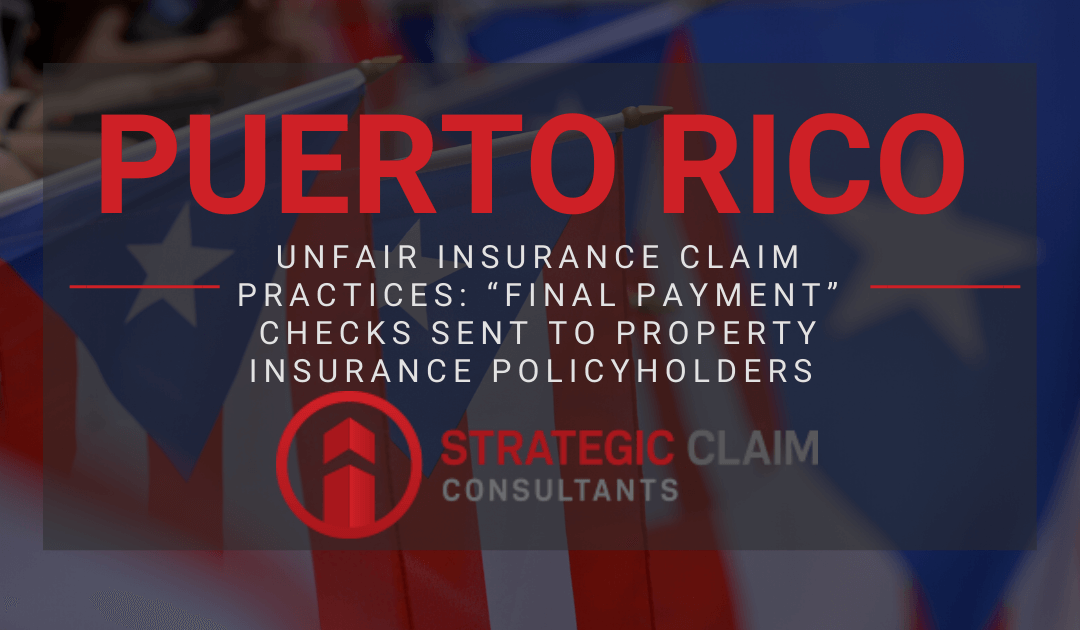 Puerto Rico homeowners are still waiting for their insurance companies to pay for the damages caused by Hurricane Maria. The storm has generated over $1billion in damages to Puerto Rico homeowners. Both homeowners and cities are getting pennies on the dollar. Some insurers have gone out of business, leaving residents without insurance. The increase of lawsuits and fraud is through the roof.

RE: RELEASE OF HURRICANE ANDREW CLAIMS

It has been brought to the attention of the Florida Department of Insurance that some insureds are being required to sign full releases in order to receive claims disbursement in settlement of claims relating to Hurricane Andrew. The Department interprets Florida Statutes 626.9541(1)(i), 626.9641(1)(b), 626.9702, 627.4265, 627.702 and Emergency Rule Subsections 4ER92-26(4)(g), 4ER92-27(4) and other emergency rule subsections on similar topics, to mean: 1. No check or draft issued in settlement of an insurance claim shall contain a provision which makes negotiation of the instrument an acceptance of the amount payable thereon as full and final settlement of the underlying insurance claim, except those that are for full policy limits. 2. To eliminate misunderstanding or confusion and possible violation of Florida Statute 626.9541 and Rule 4-166.023, Florida Administrative Code, the Department is requesting that insurers limit the use of general releases to those settlements for which they are appropriate, and insert in said releases language to the effect that the release shall not constitute a final waiver of claims which are reasonably unforeseen on the date of the release.

Puerto Rico currently has numerous policyholders questioning the insurance regulators and are unclear why the insurance carriers are not punished. An insurance commissioner resigned on January 22 amid the insurance claims mayhem. We hope that the regulators will begin to regulate and terminate the improper claims methods.