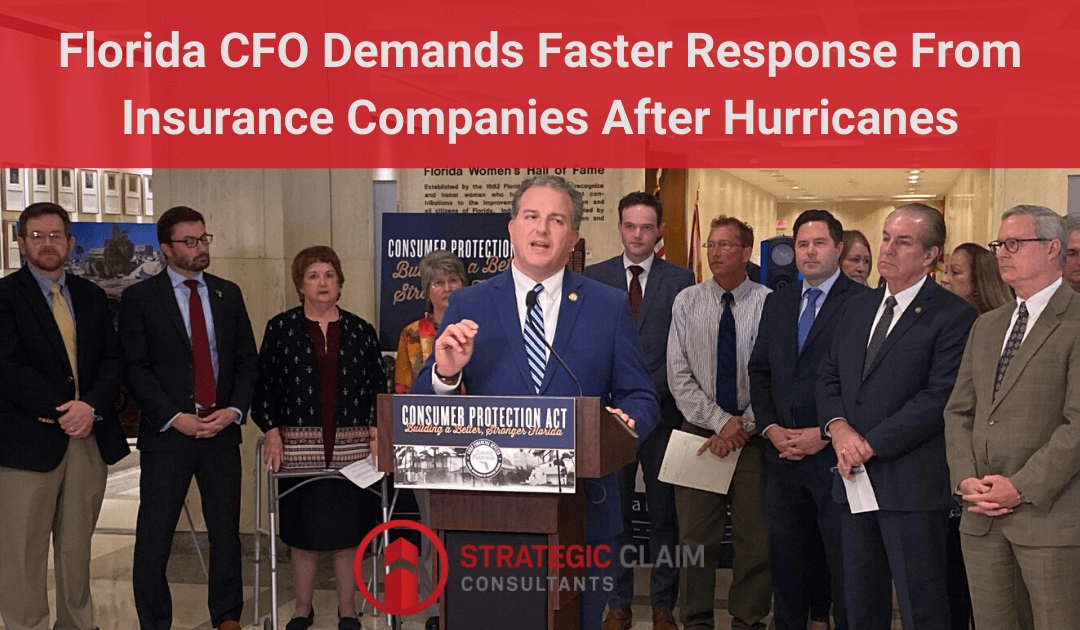 It has been over a year since Hurricane Michael changed the lives of many Floridians that reside in the panhandle of the sunshine state. Many residents are still waiting for relief and normalcy, but the insurance companies are at fault for not making this happen. Recently a press conference was held with Florida’s CFO, Jimmy Patronis, and victims of Hurricane Michael attended.

During the press conference, Sandra Davis, a homeowner that was affected by Hurricane Michael, stated that things got worse after she contacted her insurance company.

“After Hurricane Michael, my house was just torn to pieces; it was very difficult. We have grandchildren living with us, we have children living with us, and then we had to find a place for everyone to stay. Each time I called, I got someone different. I wrote down all the information every time I spoke with someone. When I would call at the end of all of this, I went back and counted 15 adjusters,” claimed Davis.

What Sandra Davis wanted was simple – to be taken care of by the insurance company that she made payments to. She stated her frustration and said, “it’s not acceptable – we’re not insurance people, we’re homeowners. This is the first time I’ve ever made a claim”.

Florida CFO, Jimmy Patronis, is establishing the Consumer Protection Act to ensure that Floridians understand and have adequate insurance coverage before a disaster strikes. “We must communicate, our insurance companies must communicate when they send a partial payment or initial estimate,” Patronis stated. Another portion of this bill would assist homeowners, like Sandra Davis, that need to rebuild quickly to have a roof over their heads.

“The law requires that insurance companies settle claims within 90 days did not apply to every insurance carrier. Well, that change is starting today,” announced Patronis. A consumer will have the option to cancel their contract with a property adjuster, once this bill passes. Also, this bill will remove the current requirement that a customer pays $100 deductible to receive their claim payment.

The measure is sponsored by Port Orange Republican Senator Tom Wright and Jonesville Republican Representative Chuck Clemons. The bill is moving through both chambers.

If you find yourself in a similar situation, contacting Strategic Claim Consultants is your best solution to ensure you maximize your settlement and reduce the headaches of dealing with the insurance company.