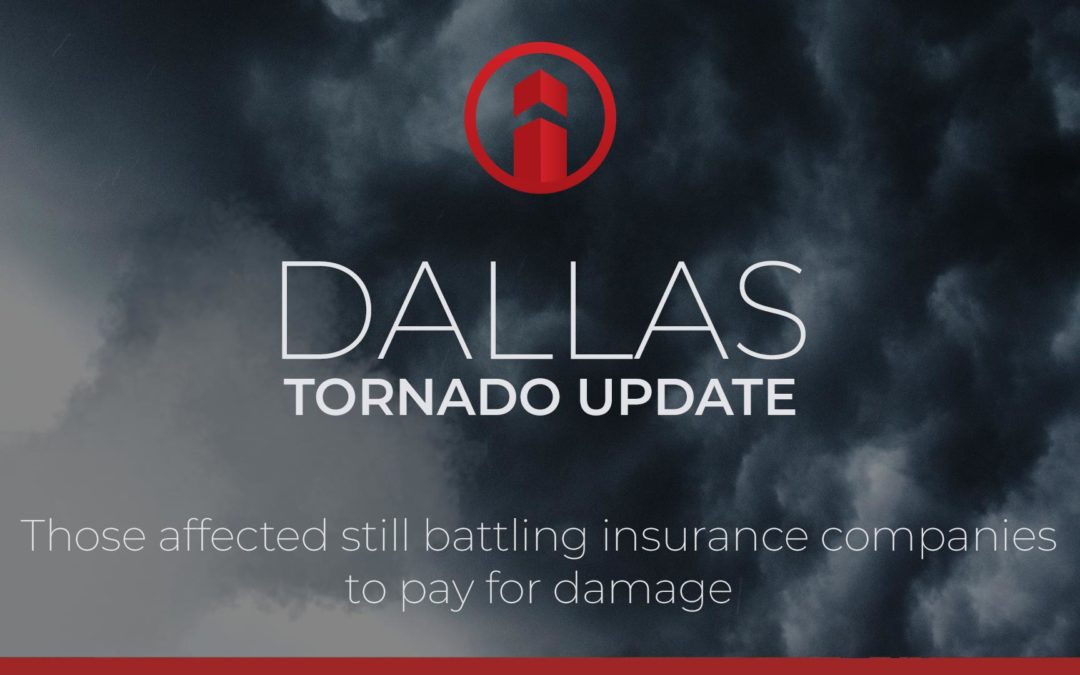 It has been several months since the string of Dallas Tornadoes destroyed many North Dallas homes and businesses. For many, the efforts to recover what was lost is being delayed. Many home and business owners are now battling with their insurance companies. Royal Lane, along with other damaged areas, have the most glaring lack of progress in the restoration. This lack of restoration progress is due to insurance policyholders not agreeing with their insurance companies about the significance of destruction sustained.

In a recent article by CBS, Homeowner, Liane LaBarbe, states that her insurance company, State Farm, wants to settle her claim for $1,800 to replace an HVAC unit. As any reader knows, $1,800 won’t replace ANY type of AC unit. In her case, she states it will cost her $15,000 to replace.  The insurance company sent checks, but she refuses to cash them. She says, “I think it’s a game of seeing how much we can get people to say ‘yes’ and go on, and they’re tired of dealing with it and then move on,” said LaBarba. “They’ve said ‘no’ and eventually people give in, need to have things replaced and fixed.”

After being contacted by CBS 11 in Dallas, a State Farm representative stated that he couldn’t provide specific details within LaBarbe’s claim. State Farm spokesperson Chris Pilcic, gave this general statement, “In general when a claim is presented to State Farm we thoroughly investigate the loss. Losses range in complexity, level of coordination and amount of time required to evaluate each claim. A final decision on a claim is determined by the facts of the loss and the results of the investigation, and we handle each claim on its own individual merits.”

Allowing an insurance company to adjust your claim is the equivalent of allowing the IRS to complete your taxes. A public adjuster works on the policyholder’s behalf, not the insurance company.

If you find yourself in a similar situation, hiring a Dallas Public Adjuster is your best solution to ensure you maximize your settlement and reduce the headaches of dealing with the insurance company.